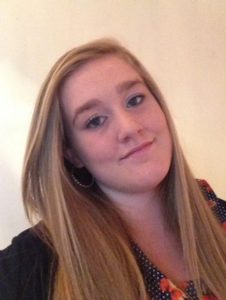 In 2015 Kayleigh Haywood, a 15 year old girl from Leicestershire, answered a message online from someone she didn’t know, a man in his late 20’s, Luke Harlow. Only 15 days later she was raped and murdered by Stephen Beadman, Harlow’s neighbour.

In June 2016, Harlow was sentenced to 12 years after admitting to the grooming and to unlawful sexual activity. He also admitted to two separate grooming cases and to the false imprisonment of Kayleigh.

Beadman was given a life sentence with a minimum of 35 years for the rape and murder.

I’m very honoured to have been asked to play Kayleigh’s dad in this film. All of us involved felt an enormous sense of responsibility. The longer version has so far been shown to over 35,000 secondary school children around Kayleigh’s age with the direct result that over 30 cases of possible grooming incidents reported by children after seeing the film are now being investigated.

The Chief Constable told us that there is no doubt that the film has already saved at least one life and gave Special Commendations to myself and other members of the cast and crew. There have been enquiries from Police Forces all over the world who would like to use the film in their own programmes with schoolchildren.

Of course, nothing can bring Kayleigh back or begin to ease the horror of what happened to her and her family, but I can’t help but speak of my admiration for the strength of Kayleigh’s parents in supporting the making of this film. Their strength will save other young people from  the unimaginable suffering that Kayleigh endured.

You can watch Kayleigh’s Love Story on the Leicestershire Police website:
https://leics.police.uk/categories/kayleighs-love-story-film