Abberline at the Edinburgh Fringe 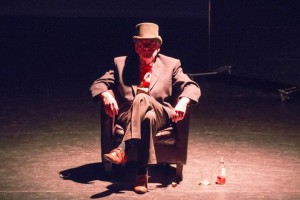 est one-man show, Abberline’s Artefact will be heading North of the border in August for a short run at the Edinburgh Fringe.

Directed by Penny Gkritzapi, I’ll be appearing at The Space Triplex Studio from the 22nd to the 26th of August. Tickets for the show will soon be available from the Fringe Box Office. The show centres around Frederick George Abberline, the detective who was in charge of investigating the Whitechapel Murders. Abberline lived the rest of his life as The Man Who Never Caught Jack The Ripper. Watch this space for more details soon!